VJ-Day 75 socially engaged site-specific digital commission - employing a graphic narrative format, explore the lasting impact the conflict in Japan and the Second World War have on today’s culture and society; plan and deliver online (hi)story-telling/illustration workshops and develop a suite of digitally-accessible activity sheets and a colouring book to engage young people in learning and remembrance of those who served and sacrificed in the Far East focusing on the British 14th Army (the “Forgotten” Army) and most diverse army in history; engage in visual research investigations and use young people’s creative responses to produce a unitary collaborative (hi)storytelling graphic narrative to form the Arboretum’s first digital exhibition commemorating the 75th anniversary of VJ-Day; contribute to a social media campaign to promote the project.

One Horton Heath site-specific community heritage commission - develop an artistic vision in a cartographic format inspired by the (hi)stories of a new community housing development site (homes, local facilities, infrastructure) in the Borough of Eastleigh on the theme The Journey (depicting the past and present development and future vision). Create work in adaptable formats for hard copy usage (flyers, posters, site signage) and digital platforms advertising campaigns (One Horton Heath website, e-marketing, social media channels) to serve as an official image and an umbrella piece speaking to different audiences by establishing a sense of place and purpose. 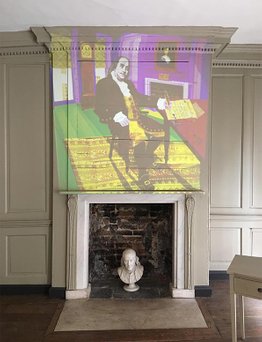 My illustrations are used as visuals throughout Benjamin Franklin Houses's website.

I have been working as an Illustrator in Residence at Benjamin Franklin House, London since 2015. As part of my work at the museum, I was commissioned to create illuminations about Benjamin Franklin (one of the Founding Fathers of the United States of America) and his life and work in London. The illuminations were National Lottery Heritage Funded and are used as educational projections at the museum to enhance its young audiences' experiences during historical re-enactments. 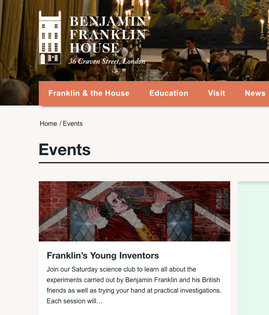 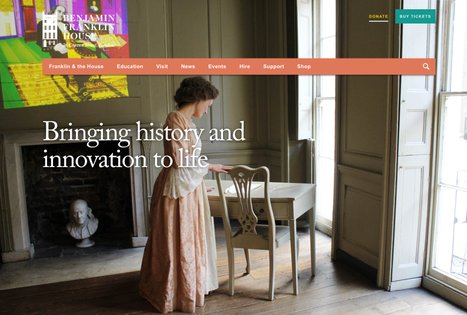 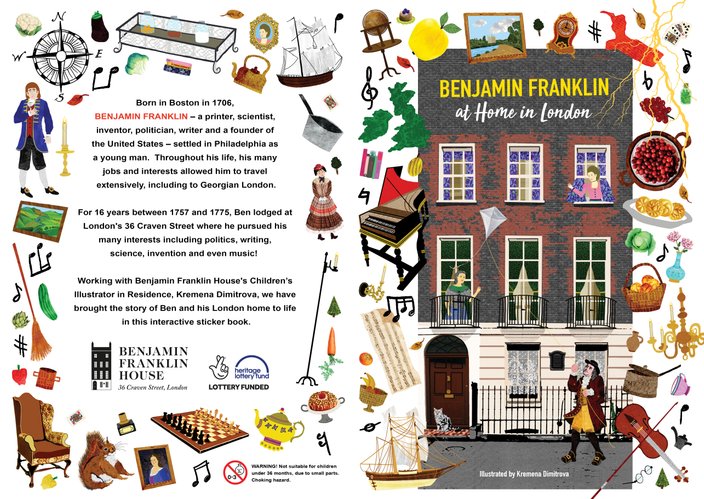 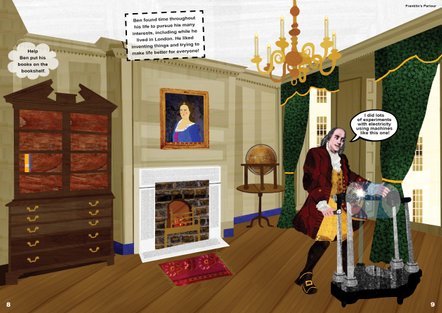 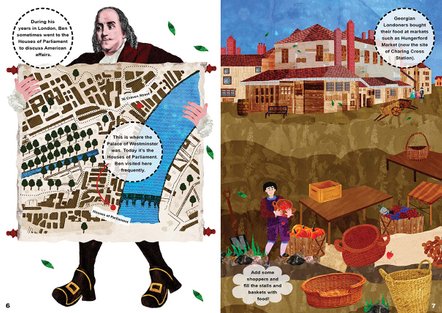 Beyond War – Visualising Peace: Responding to the Armistice of 1918' - The Beaney House of Art and Knowledge, Canterbury (10 Nov 2018-10 Feb 2019) (Canterbury Council and Canterbury Museums and Galleries, CCC Funded)

Community heritage graphic narrative installation commission - I researched and visualised The Beaney’s World War 1 Canterbury archives and collections to form an exhibition installation comprising of historically accurate graphic narrative scenes and an interactive poppy wall Celebrating women in the workforce. I focused on and visualised the (often unsung) contributions of ordinary women living through the Great War and the peace beyond.

The First World War was the first total war in history and a horrific and transformative experience for all who lived through it. My exhibition installation aimed to commemorate the heroic efforts of all who served, with a particular emphasis on the Canterbury region and its women’s numerous and crucial contributions. At the outbreak of the First World War, life for Britain’s women was primarily tied to domesticity. However, as Britain’s men headed to the frontline, women took their jobs in factories, shops and offices across the country. This was pivotal, because it proved that women were able to meet the demands of the wartime economy, and consequently changed their social standing forever.

My work brought to the fore the development of democracy and political ideas throughout the First World War period in order to better understand the roots of our own society today. Instead of focussing on bloodshed and hatred, my work aimed to disseminate ideas and discussion around togetherness and kindness. This was achieved with the help of humour whilst depicting and referencing important events, struggles, and themes prevalent throughout this period: examples include the Women’s Suffrage Movement, The Women’s Land Army, food rationing and ideas about how by helping one-another people endured, survived, and won the war. As nursing was prevalent in Canterbury, because of the city’s close proximity to the coast, my work told the story of the wartime struggles and experiences from a woman’s perspective.

To create the exhibition installation, I used as inspiration original objects, photographs, images, and publications from the Beaney’s First World War collections. I incorporated original drawings and quotes from an Autograph book owned by Evelyn Buss – a nurse at the Dane John Hospital, in which wounded soldiers staying at the hospital made comments and drawings. I created parts of the exhibition display by including original sketches from a soldier’s sketchbook and by illustrating extracts from the book Wartime Canterbury 1914-1918 by Aubrey Bateman. I also based parts of the exhibition material on a poem written by Jessie Pope titled I remember, I remember. In doing so, the exhibition installation illuminated what it was like to be an ordinary woman, a mother, a wife living through the First World War period by visualising women’s war experiences and what the peace brought them.

A hundred years on, I questioned our views on how women’s lives have been transformed by what happened during the First World War. Were women’s efforts rewarded with better rights, greater freedom and social equality when peace returned? My installation invited The Beaney’s visitors to reflect and judge for themselves.

Books I have illustrated 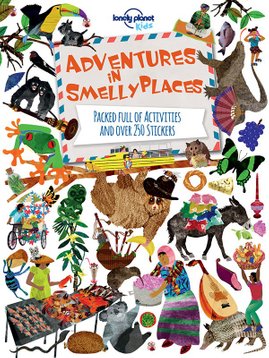 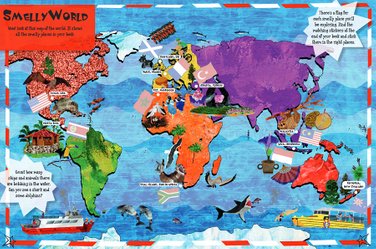 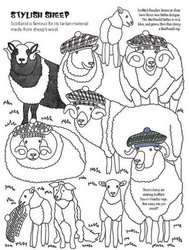 ‘Packed full of activities and over 250 stickers! Poohy! Come and explore some of the smelliest places in the world! Explore the stinky stench of a bat cave in America, the eye-watering aroma of a smokehouse in Scotland, and the heady perfume of a rose oil factory in Turkey! Decorate real-life locations like smelly Seal island in South Africa, the acrid leather tanneries of Fez, a fabulously fragrant vanilla plantation in Costa Rica and more! Enjoy hours of fun games and puzzles. Each book in the series has its very own fold-out surprise to make and collect.’

Vibrant pictures, fun activities, and beautiful stickers make up this book for kids. My grandchildren loved looking for the little mouse on each page. There are explanations about each place and why it is smelly. Not all the smells are bad, some are quite good. 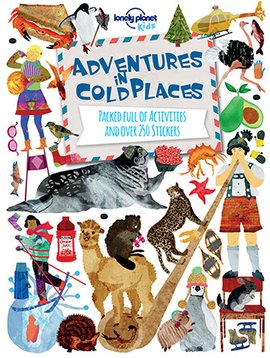 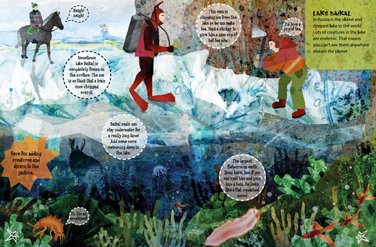 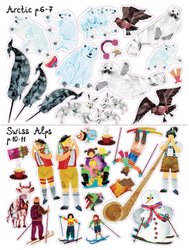 ‘Explore some of the coldest places in the world and encounter their warm-blooded wildlife, from reindeer in Russia to penguins in Antarctica. Adventures in Cold Places lets you decorate real life locations – like a wintery scene in Montreal, chilly ice sculptures in China, and the snowy expanses of the North Pole – with over 250 reusable stickers.’

Thank you for your amazing illustrations!! This book will definitely travel with us on our journeys. Thanks to the fact that you can reuse the stickers, there’s loads to keep young minds entertained and learning about the world at the same time.

Adventures Around the Globe 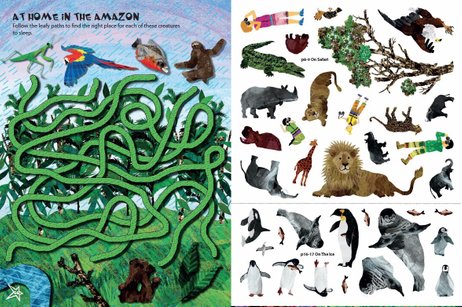 ‘Come and explore some of the most amazing places across the world! Discover each of the continents with fun facts, maps, sticker scenes and puzzles. Explore the ruins of Machu Picchu, the canals of Venice and the bright lights of New York. Decorate real-life locations, like the sacred river Ganges in India or the mosaics of Park Guell in Spain. With over 250 stickers, your globe-trotting adventure is about to begin! Enjoys hours of fun games, maps and puzzles. Plus, each book in the series has its very own push-out surprise to make and collect.’

Terrific activity book for kids! Excellent illustrations and stickers. Very engaging for kids and fun for adults too! 5 stars. 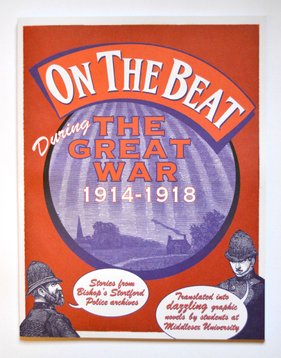 I collaborated with the Bishop's Stortford Museum in Hertfordshire to pay tribute to the centenary of the outbreak of the Great War. In this unique collaboration – produced in partnership with Hertfordshire Archives and Local Studies and supported by the National Lottery Heritage Fund – I was invited to create drawings inspired by rare police records visually documenting and bringing to light the experiences of Hertfordshire policemen and ordinary people during the War. The project involved exhibitions at Bishop's Stortford Museum and Middlesex University and was published in a book anthology On the Beat: During the Great War 1914-1918. The project caught the attention of major institutions such as the BBC and the Times newspaper receiving a press coverage from both. A live brief with tough and challenging material to work from, it has demanded respect and integrity due to its subject matter and the fact that these are original police records relating to real people suffering the traumas of the First World War. 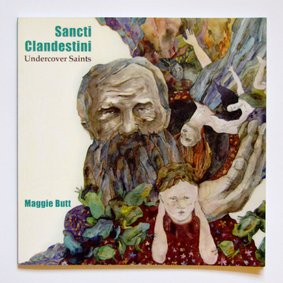 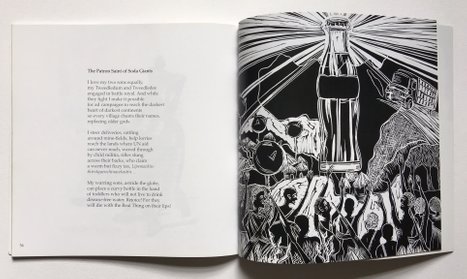 If the proof of a poem is in the richness of response it provokes, the illustrations here are that response made visible - a testimony to the subtle layers in this tender but incisive poetry. They are also delights in themselves.'

Thank you for your extraordinary illustration: breathtaking. 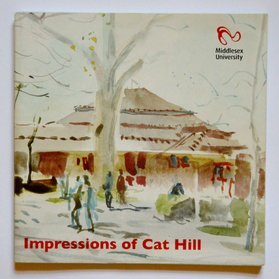 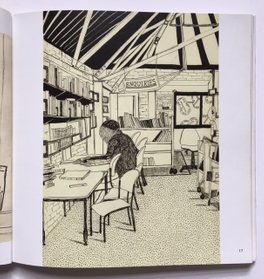 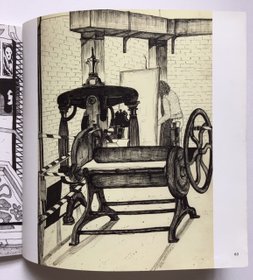 This book is a memoir of Cat Hill, the campus and the people, a snapshot of a golden time, a collection of impressions and reflections, put together by the students, staff and alumni of the successful and popular BA Honours Illustration programme, widely regarded as one of the best in the country.